Day 2: The Rise of the Barista

Friday, 24 May, 2013
The first 8 competitors in the Barista Competition gave it their all on stage today. Behind us in the Checkers Celebrity Chef Kitchen Gordon Ramsay also gave it his best shot. He was swamped by fans as he tried to move through the show. His menu for the show included a rib eye steak rubbed in coffee grounds! 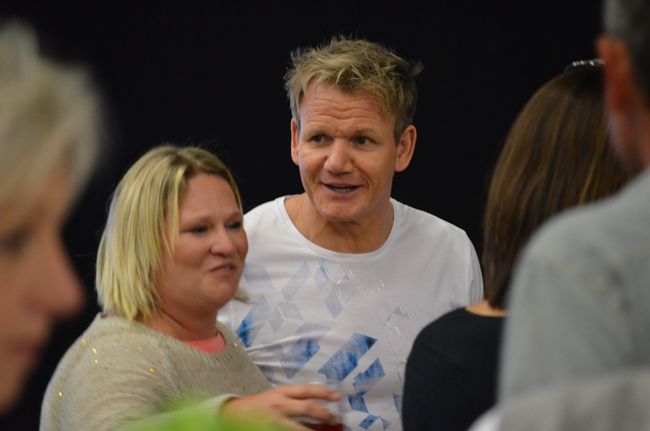 Two first-time contenders started the morning off. Sikhumbuzo (Masi cafe) and Terrymore (Bean There Coffee Company) were brave and delivered fantastic performances despite the nerves. Bilbo (Origin Coffee Roasting) a 5 time veteran of the competition was up next, dedicating her set to her colleague and friend Lovejoy who was competing in Melbourne, calling him 'an inspiration.' Stephan Brits (W Cafe) came second at nationals last year and this time around served up an Espresso Stout as his signature drink mixing his espresso with non-alcoholic beer! Guy (Hazz Stellenbosch) blended honey with his milk, creating a kind of meringue foam. Lesley (Lavazza) used an all African blend of Malawian, Tanzanian and Ethiopian coffees in a slick performance. David Coleman (Ours Cafe) brought his chilled Kalk Bay vibes to the competition, so chilled that he almost ran out of time, but he saved it and had a lot of fun in the process. Last of the first batch of competitors was Masuaku (Protea Hotel Group), who looked dashing a pulled off a set to match. 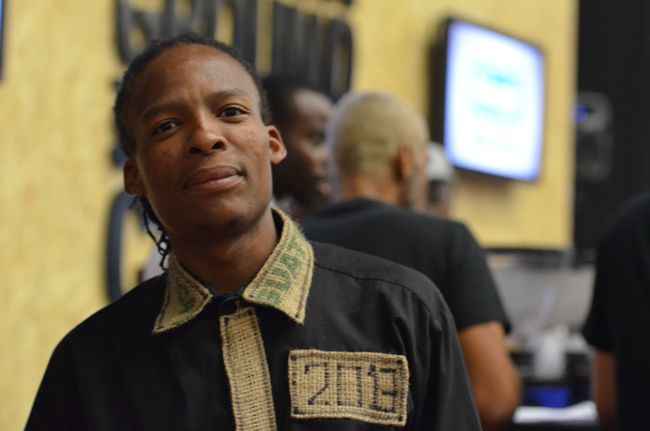 Sikhumbuzo in his handmade oufit. 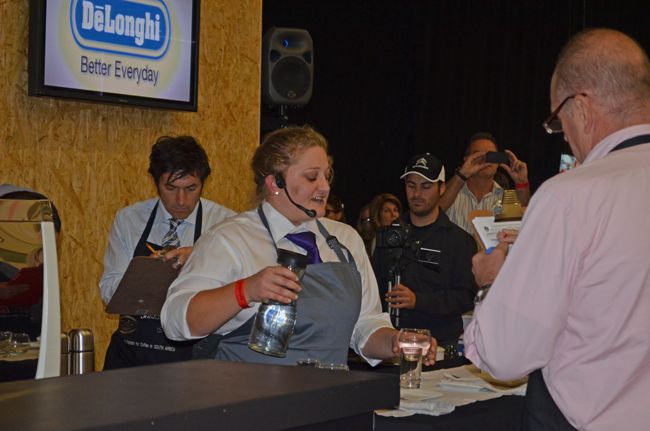 Bilbo used a coffee from Bolivia, from outside the town of Copa Cabana! 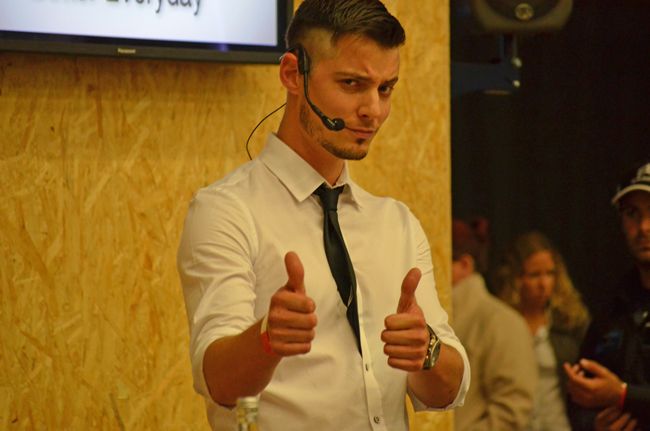 This man has swagger, Stephan Brits is on a mission! 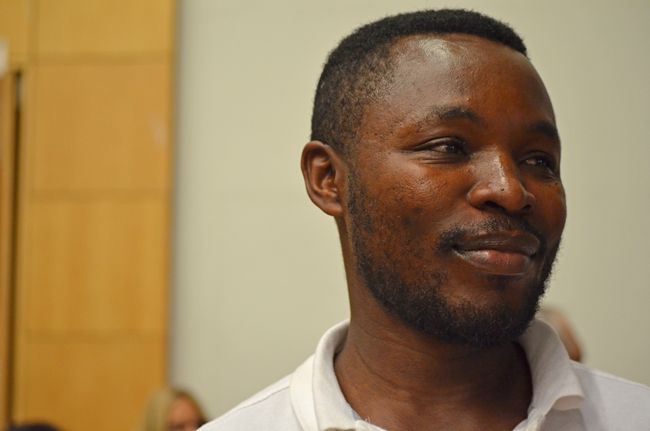 Guy was nervous going in, but he performed like a champion. 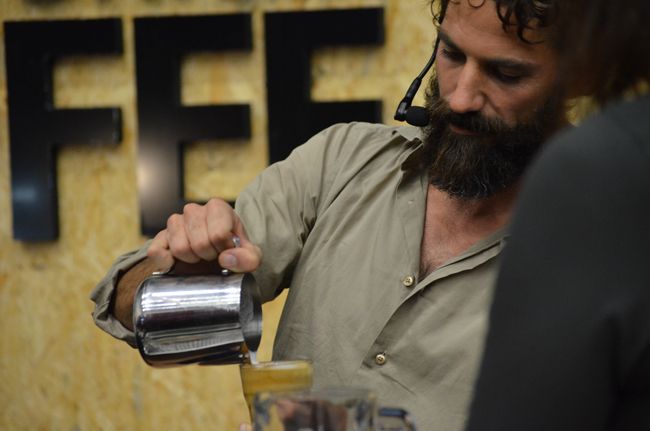 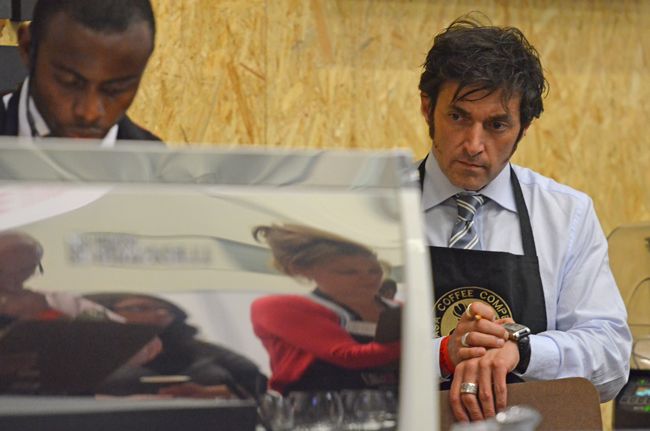 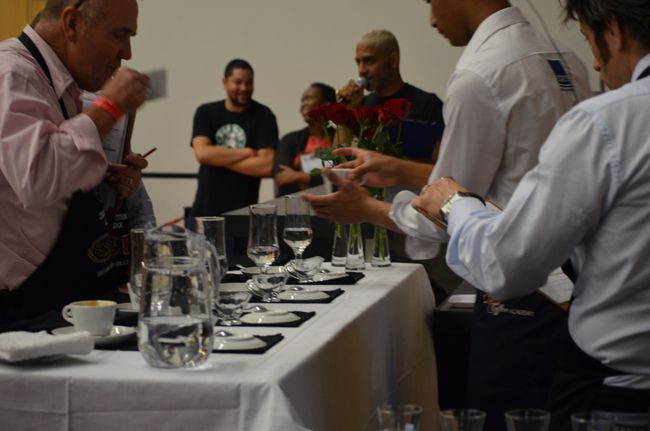 Lesley serving up his drinks to the panel of judges.
Tomorrow sees the rest of the field compete for a place in the Top 6, who will all go through to compete at Nationals.