All words and pictures by Christopher Gevers.

Portugal is a nation of coffee drinkers. It consumes more coffee than China, and has about one hundredth the number of people. Although the ‘coffeehouse’ was late in coming to Lisbon – arriving around the turn of the last century – it quickly became an integral part of the city’s social, cultural and political fabric. A Brasileira – Lisbon’s most famous art deco coffeehouse in the Chiado district – was the haunt of poet, writer, philosopher and itinerant Fernando Pessoa, who incidentally spent his formative years in Durban. Pessoa later spent a formidable amount of time drinking coffee and absinthe at A Brasileira, so much in fact that a bronze statute of Pessoa – coffee in hand – adorns the café’s terrace. 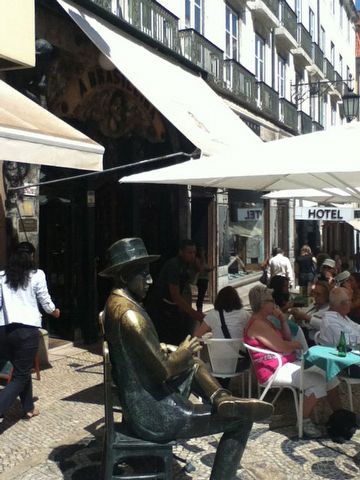 Have a coffee with Fernando Pessoa, he's a great conversationalist.

Today, A Brasileira is more likely to be full of tourist than poets – but cafes remain central to literary and intellectual life in Lisbon. While at the classy Versailles cafe on Avenida da República, the political elite huddle over a bica and pasteis de nata and plot the country’s fate. 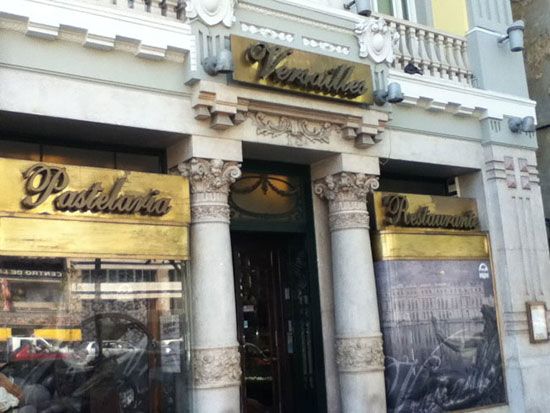 The magnificent entrance to Versaille. (another Lisboan coffeehouse named after a different city or country)


Leaving aside the penchant for naming coffeehouses after far-away places, they are clearly an important part of the city’s daily routine and collective identity. Coffee’s folklorish character in Lisbon extends to the way that the city’s inhabitants take their thrice-daily caffeine infusion - in an oversized espresso shot called a bica. 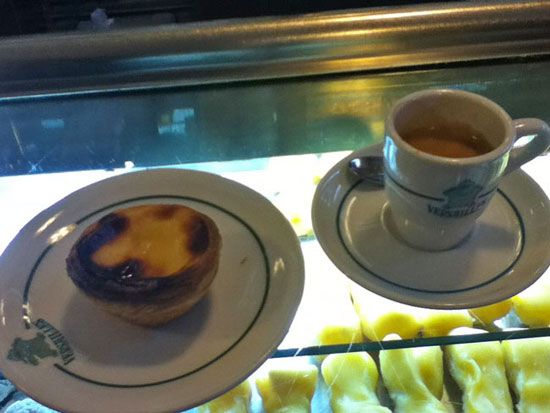 Pasteis de nata and a bica for you sir?

The origin of the bica – like all good folklore – is the subject of some debate. Most agree that bica is an acronym for “beba isto chávena aquesida” (“drink this in a warmed cup”) – an instruction on the first espresso machines that arrived in Portugal. Others however argue that it stands for “beba isto com açúcar”( “drink this with sugar”). There is a third explanation – which involves a fountain nearby A Brasileira where the café is rumoured to get its water from – but this is not shared by many. 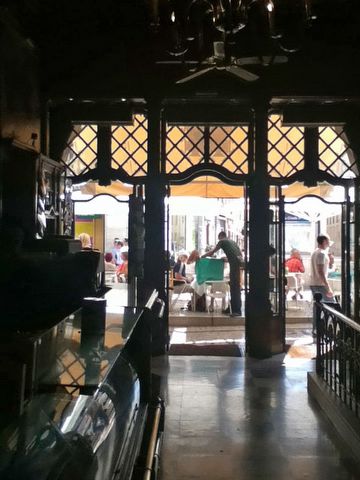 Not a bad setting to enjoy a coffee.


As far as the coffee is concerned, there is good and bad news for the coffee connoisseur. The good news is that the Portuguese do not enjoy milk nearly as much as vida e caffe might suggest. In fact, very few have milk – steamed, frothed or natural – with their coffee at all. The conspiracy to misrepresent Portugal’s gastronomical wares to South Africans – it would seem – continues. You are as likely to find a vida-style cappuccino in Portugal, as you are to find peri-peri chicken (thanks Nando’s).

The bad news is that the coffee itself is – too often – bitter and thin. This could be the result of using an espresso amount of coffee for a bica-sized cup, or simply poor quality coffee (it is difficult to get clarity on the origin of coffee in most cafes, but one suspects the presence of the ignominious robusta bean). This goes unnoticed by most Lisboans who – as per the instruction – plough their bica’s with sugar, but is definitely the one (and perhaps only) drawback of the Lisbon coffee experience. 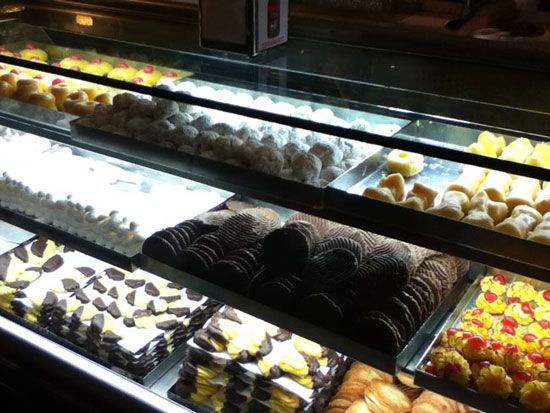 Yum. There is no shortage of delectable treats. 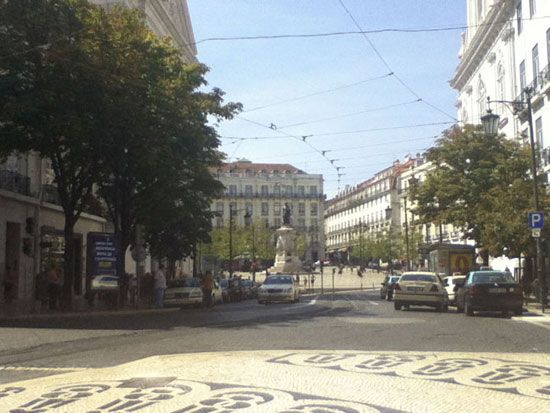 On the street where you drink coffee...

Next time on Bean Abroad: Christopher gets a taste of Melbourne, a city with a microroastery on every corner and a thriving coffee culture.

Have you been on any exciting coffee expeditions lately? Tell us about it!