Below the boil: Temperature matters

All words and pictures by Craig Charity

Temperature and how it affects coffee.


Temperature has the ability to make a beautiful Ethiopian Yirgacheffe taste like sweet lemonade, an unripe lemon or an ashtray!!! According to the SCAA (Speciality Coffee Association of America) the optimal water temperature for coffee is 92-96 degrees celsius for 90% of the time spent brewing.

Different beans have inherent flavours, but the joy of coffee is that there are ways you can tone down some aspect of the coffee to emphasize others. Temperature is one of those ways.

I had a theory about how water temperature effects coffee, so I did a test to see if what I believed was true.

I roasted some Colombian beans with a 3 minute development past first crack, ground 12g on a medium grind and placed it in pre-heated 200ml glasses. I poured water just off the boil in the first, water 96 degrees in the second, 92 degrees in the third and 88 degrees in the fourth. I let them brew for 4 minutes each, stirred and spooned the remaining floating coffee out. 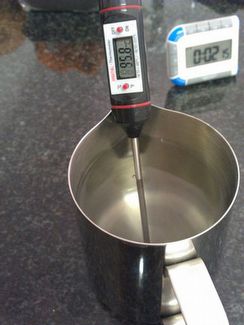 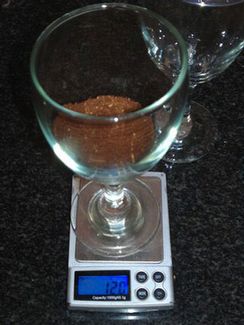 12g of coffee per cup. [I'm thinking I need to invest in a little portable scale, too cool] 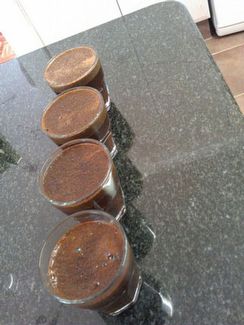 Leaving the coffee to brew for 4 minutes 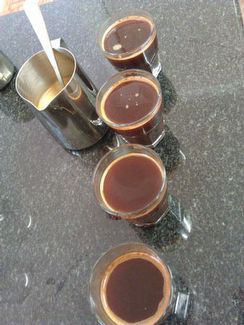 After the grounds had been scooped off, leaving coffee ready to enjoy.

My findings were as follows on a scale from zero to ten, 0 being no noticeable flavour, 10 being very prominent.

The most pleasurable cup was the one at 92 degrees, second I would say the 96 degrees, third the 100 degrees and 4th the 88 degrees. The truth is that every coffee will be different and need different temperatures. So experiment with temps and you might be surprised.

I suggest going to a kitchen shop and buying a digital thermometer, I bought mine for around 200 bucks, it is fairly slow to get to temp but pretty accurate. It just takes the guesswork out of temperatures.

For Plunger let water boil and then rest for 40 seconds or so, this will bring it down to a more acceptable temperature.

Domestic espresso machines have less control over temperatures as there is a pre-set thermostat on the boiler. What you can play with is the amount of water flushed from the group before each shot. Every time you flush water through your boiler you are adding fresh room temperature water into the boiler and bringing the overall temperature down a bit.

Play around different temperatures for your favourite coffee, you might taste something quite unique.

Have fun experimenting at home! Let us know if you find any interesting results.