The History of the Iced Coffee

You’re pushing your way through a hot day, feeling sweaty, tired and parched … sometimes the only caffeine hit you can take is an ice-cold coffee. We’ve all been there, but did you know that as far back as 1840, others were jones-ing for the same thing? Before the cold brew, there was the iced coffee…

Out of the heat of battle

The first iced coffee we know about with reasonable certainty cropped up in Algeria and was called mazagran (or masagran). It was a cold, sweetened coffee drink, reportedly invented by the French military during the Battle of Mazagran – hence the name. The French were busy battling Arab and Berber forces as part of their 17-year-long conquest of Algeria, and when they ran out of milk, they added water to their coffee, and also decided to drink it cold to combat the heat. Other soldiers near Mazagran were also served a type of coffee made from coffee syrup mixed with water.

Upon returning to Paris, the Mazagran veterans suggested to café owners that they serve the new drink to customers, and also that they serve it in tall glasses. From then on, the beverage was dubbed café mazagran. Trust the French to introduce the world to yet another delicious delight! 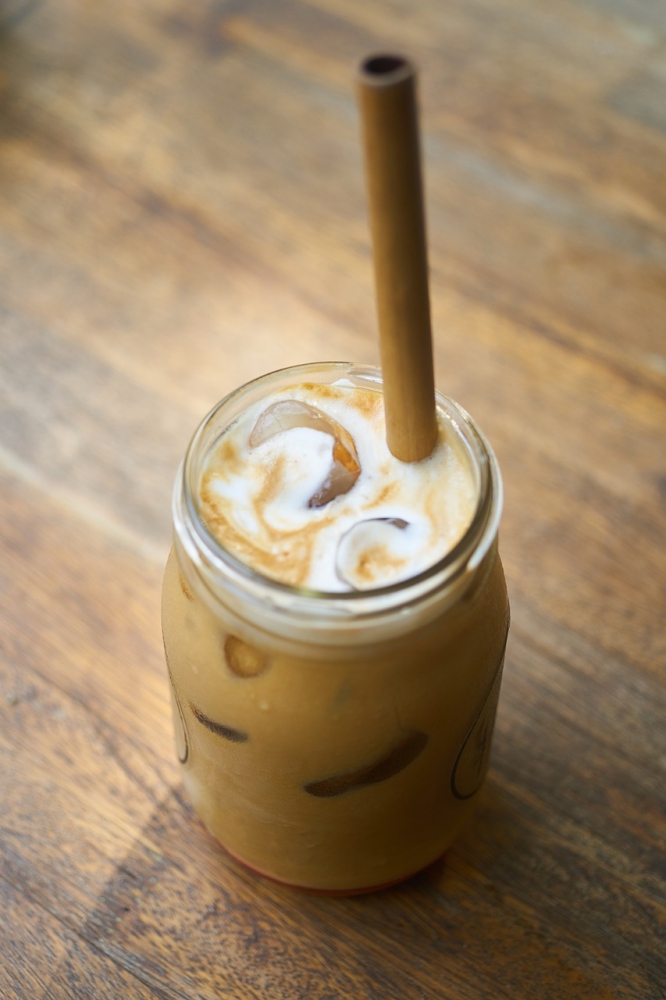 Iced coffee around the world

Over the years, the mazagran has taken on different permutations in different countries. In Austria, the mazagran includes an ice cube and a shot of rum – that’ll get you going… And people usually down the drink in one gulp! In Catalonia, mazagran comes with a slice of lemon. The same goes for Portugal. Mazagran is, however, on occasion served with hot water, showing how the iced coffee we know today has diverged from its mazagran roots to become its own distinct beverage. In Vietnam, they serve it strong, with sweetened condensed milk chilled on ice. And in Germany, you can order eiskaffe – cold coffee with ice cream.

Beating the heat with a frappé

Iced coffee, like hot coffee, can today refer to an almost endless list of drinks, making its only distinguishing components caffeine and, obviously, coldness. One of the most popular versions of the iced coffee is the frappé coffee, or Greek frappé. This is a cold coffee enjoyed in Greece that’s made by shaking together an instant coffee like Nescafé with water and sugar. It was accidentally invented by Nescafé man Dimitris Vakondios in 1957 during a visit to the Thessaloniki International Fair when he didn’t have access to hot water and so experimented with shaking together instant coffee, cold water and ice. The word frappé is a French word, coming from the verb frapper (‘to beat’), but the drink is a decidedly Greek favourite.

These days, iced coffee tends to consist of espresso, filtered coffee, or coffee syrup mixed with milk and ice cubes. And to avoid a diluted taste, iced coffee generally incorporates a stronger brew than hot coffee. But iced coffee has always played second fiddle to its older, hotter cousin… There are a few reasons for traditional coffee’s greater popularity, from the desire for warmth in cold climes to its cheaper price tag.

Iced coffee as we know it received a boost in 1995 though when Starbucks introduced its trademarked Frappuccinos (frappé + cappuccino), which are blended ice coffee drinks. The ubiquity of ice in recent decades has probably helped increase the popularity of iced coffee, as generations used to icy-cold drinks are more amenable to the idea of consuming their coffee chilled. 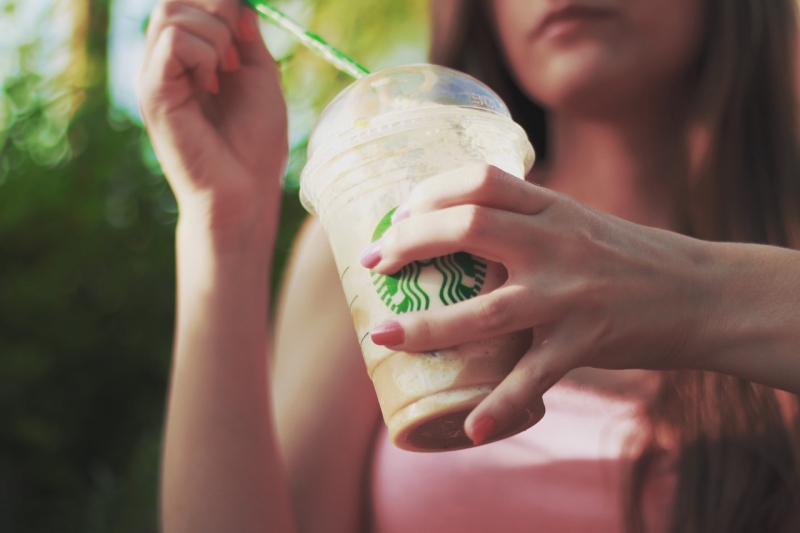 In a future history of iced coffee, the turn of the twenty-first century might well be remembered as a boom period for the drink, as coffee houses today are increasingly investing in and experimenting with new versions of coffee served cold. It’ll be interesting to see what’s next…