The Barista competition was a tightly fought event, which had the top six struggling to impress the judges and squeeze out the extra points for the win. In the end Craig Charity's single origin Red Bourbon Rwandan, ground through the modified HG1 handgrinder was the star of the show, with Tim Krynauw (IntoCoffee) coming in second place with a lightly roasted Malawi Mzuzu (roasted by Craig Charity) and a Clarified milk punch signature drink. Third place went to former KZN Champion Craig Sampson (Ciro) followed by Bruce Manning (TriBeCa), Musa Magwaza (Lineage) and Wenct Masawi (Nino's)

All of the Finalists mentioned above with make up the KZN team to compete at Nationals which is due to be held at the end of the year.

A huge thanks to all the Sponsors and Individuals who made the KZN competitions possible.

TheCoffeeMag is the official media partner of SCASA. 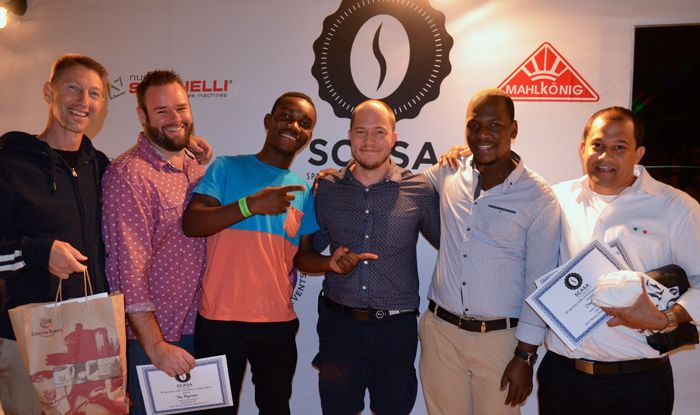 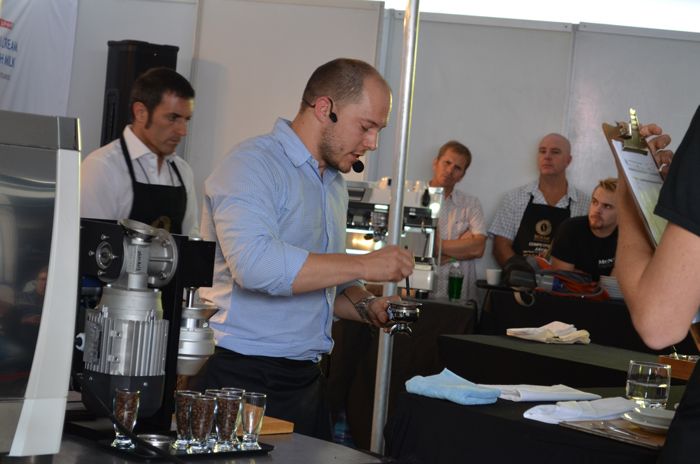 Craig distributes his coffee in the portafilter with a tool he fashioned from guitar strings. #onlycraigcharity 
Pauline Leschinsky (Ground Up/Learn2Earn) is almost lifted off the ground by Sandile Cele of Famous Brands as he is announced the Latte Art Champion! Image @SCASA Sandile Cele during his winning round using the delicious milk provided by our sponsors, Spar Full Cream Fresh Milk.