Cafe of the Week: Urban Espress

Friday, 14 February, 2014
Now we had the privilege of visiting Urban Espress when we were in the Eastern Cape last year and since then we haven't stopped hearing good things about this establishment.

Every individual that makes up part of this team is passionate about coffee. No one is there because it's just a job, they are all grateful to be part of a crew that simply cannot get enough of that magical elixir. They brew it in numerous different ways, whether it be pulled through their custom designed Nuova Simonelli espresso machine or plunged through an AeroPress. And they are educating the coffee drinking public every step of the way and they have the awards to validate the fact that they are the best people to do that. The great thing about the Urban Espress team is that they also specialise in servicing equipment and helping other cafes get the best out of their coffee. Which means that they adhere to the highest standards.

They also have an excellent sense of humour. They may be serious about coffee, but they don't take anything else too seriously. It's all smiles and pop culture references in this cafe and everyone is welcome to join in! 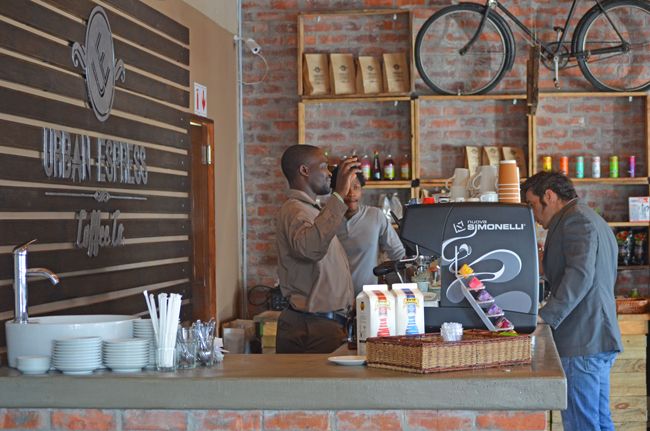 All the elements combine to make an awesome cafe experience. 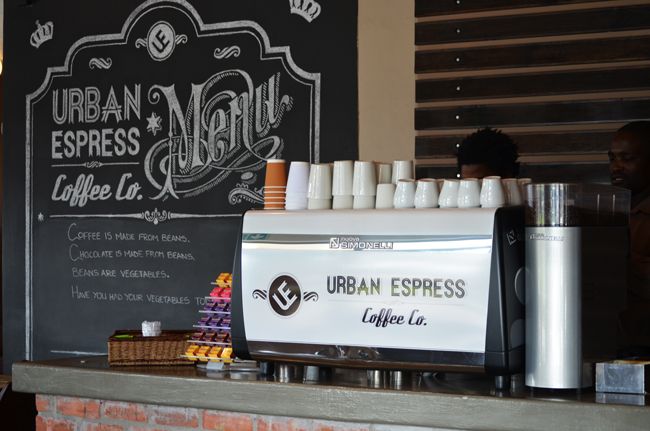 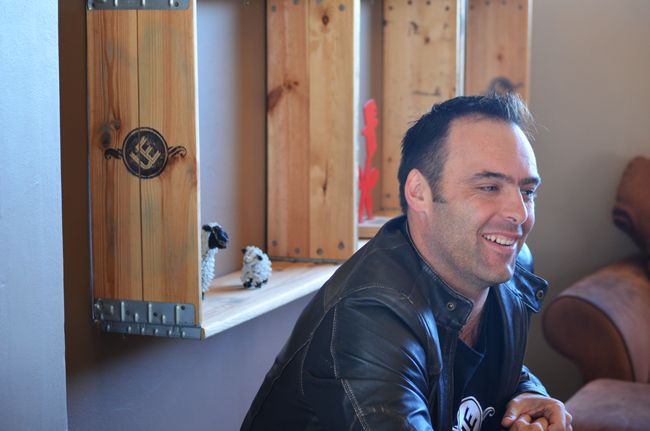 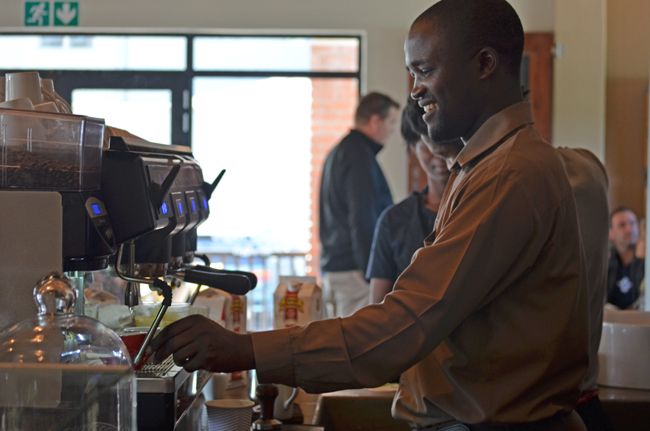 Joe makes the Best Cappuccino in Port Elizabeth, hands down! Byron Keet, the youngest member of the crew (if you don't count Don's aspiring barista daughter Hannah). Byron came second to Don at the EC Regionals and just missed Top 6 at Nationals. Watch out for him!


Even when they're trying to pull serious faces, they make you want to giggle. Warren, Byron and Donovan getting ready for the AeroPress competition at last years Regionals. 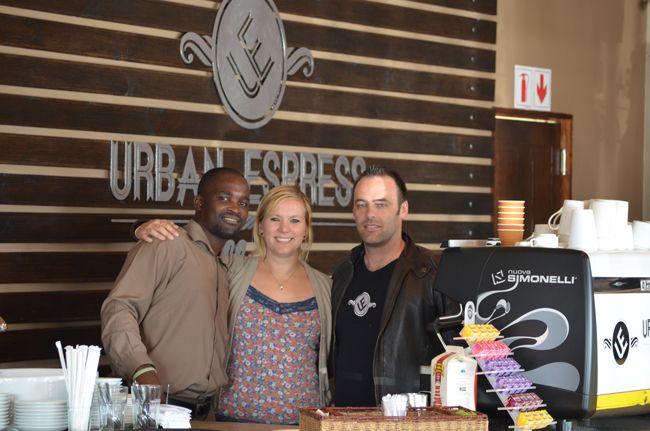 It may look like a bit of a boys club, but even though Angeline doesn't actually work there since starting it up, I think they'll all agree that she's an integral part of the team. TheCoffeeMag's 10 Most Memorable Baristas of 2013