It is the night before. To be more precise, it is the very early morning (around 2am) of Winston Thomas’ World Barista Championship 15 minutes.

We have long since finished polishing the seemingly endless crockery and glassware for the set to the sounds of Pearl Jam and Fat Boy Slim and Elvis, and although the apartment is quiet now, no one seems to be able to sleep. I wonder if Winston can? I wonder if any of the 60-odd National Barista Champs gathered in Seoul, South Korea to compete over the course of the next two days, can sleep?

And yet every Champion I have spoken to has had the time to connect. Because they know that really it’s not just about that 15 minutes on stage, it’s about every single moment they get to spend amongst this crazy, global coffee community.

They have changed the rules about the back stage area, so there will very limited access given to anyone that is not a barista or a coach. Though I can understand this, it saddens me that I will miss out on that this year, because that is where the magic happens. The camaraderie. The friendships born in times of shared stress. The drama of things not going according to carefully laid plans.

As the competition grows ever popular, evolution is taking place, but just how far can we push this format? As Ben Put, Canadian Champion, said last night over fried chicken and beer, “This is a game where you have to think outside of the box, but inside the rules.” It’s a fine line and all the baristas will walk it tomorrow. We can’t wait to watch.

Winston is an interesting guy, I am in constant admiration of his ability to remain calm. I do not possess this ability (as the other SA team members will be able to tell you). His kind-hearted nature belies his nerves of steel. He is absorbing the pressure with maturity and grace and strength. And yet through all the calm and maturity, you never doubt his passion for one second. Winston wants semi-finals or higher. He wants it bad.

The South African team has done their country proud so far. Everyone has pulled together and worked hard to support Winston (who has given his utmost), and while of course we hope it will pay off on the scoresheet tomorrow, you can be sure without a shadow of the doubt, that the barista representing South Africa is a true Champion.

I feel very emotional writing this, and sure it could be the lack of sleep, but mostly it's just that my heart is just bursting with both pride and gratitude. I'm so proud of each and every person who has put their all into this and I'm grateful to be here to witness it.

So as for sleep? Well, we can sleep when we’re dead. For now, we celebrate. Good luck to everyone! 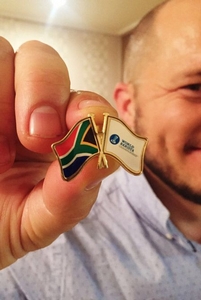 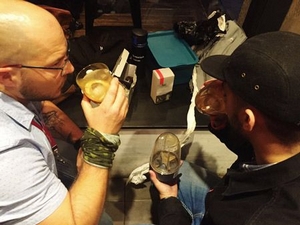 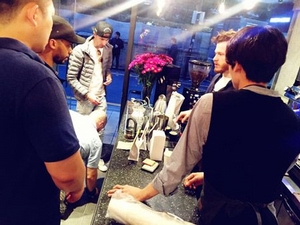 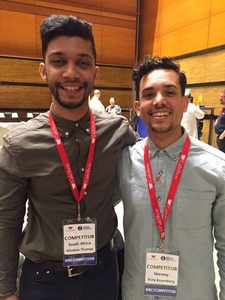 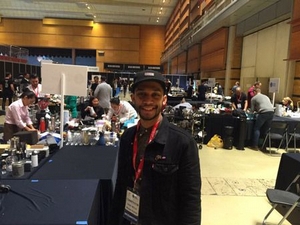 Winston, takes a break backstage for a photo! 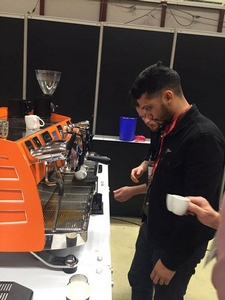 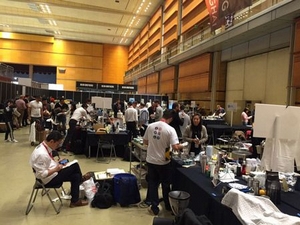 The backstage area - each team takes turns to practice and refine their sets here.