Wednesday, 20 January, 2016
Have you ever heard coffee being described as having citrus flavour notes? Chocolate? Spicy? Smoky? Some of you are thinking, coffee tastes like coffee man, what are you smoking? But not all coffees were created equal and in the speciality coffee world tasting the subtle differences between coffees is a part of everyday life, in fact one of the most enjoyable!

You may have seen the SCAA's old flavour wheel at one of your favourite coffee shops or roasteries or if you've ever done a coffee tasting. It has bean a teaching tool for 21 years! You'd have to whip out your dictionary to look up words like 'enzymatic' and 'alliceous' and the lines between flavours were very fine, expecting taste buds to differentiate between 'piquant' and 'tangy'. So an upgrade is a welcome step. 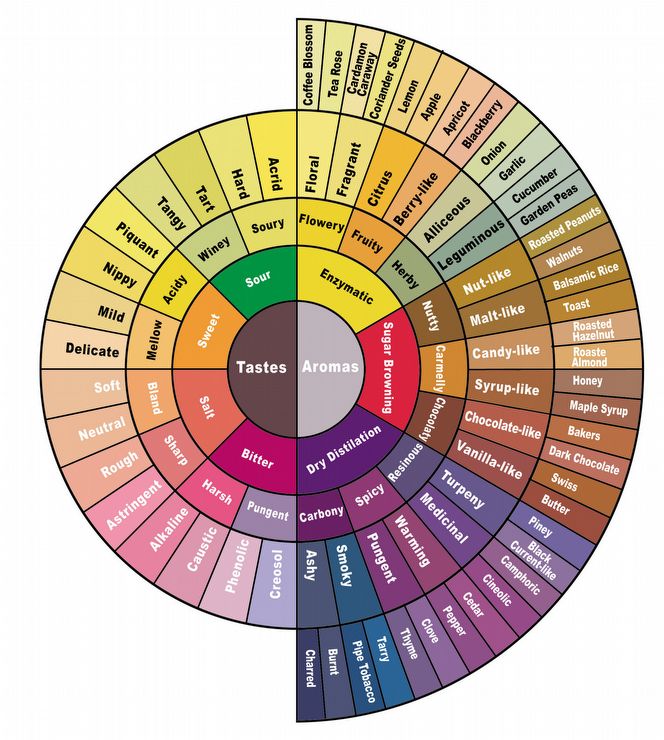 Then last year Counter Culture Coffee released the wheel below which was much more user friendly, but still very intense packing just about every known food group into the wheel. One of the Counter Culture team was involved in the SCAA's new wheel which is fairly evident in the new official wheel. 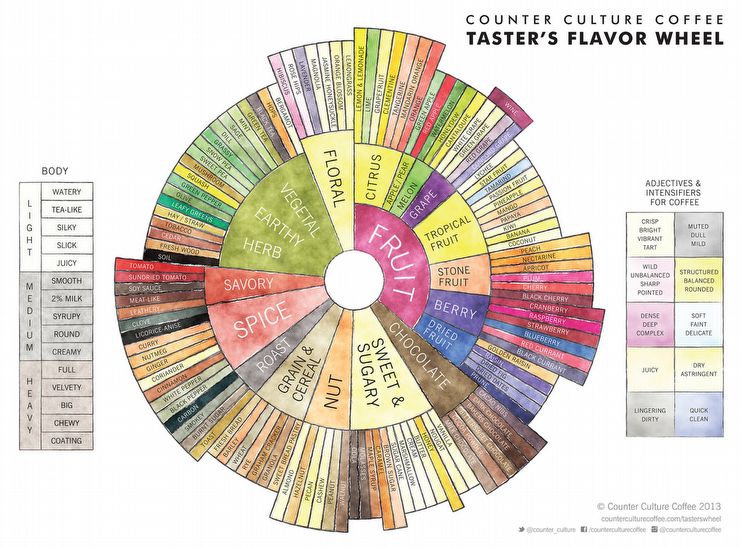 The updated Flavour Wheel is a refined compilation of flavours and has been released alongside the wheel is the World Coffee Research Sensory Lexicon. 'World' Coffee Research is a bit like saying Baseball 'World' Series, as it is an American team that has put this together. So when the panel taste blackberry they were using Smuckers Blackberry Jam as their reference. We may never know what Smuckers Blackberry Jam tastes like and certainly won't pick it up as a flavour note in a coffee we taste, but for the most part this seems a minor problem. They do also have the disclaimer below, showing that they hope that this will be starting point for it to change and evolve and it can largely be applied to countries all over the world.

The World Coffee Research Sensory Lexicon is not truly global. While we aim for the lexicon to be a universal
tool for coffee scientists and industry, in its present form, it is not truly global. The references used in the
lexicon are only widely available in the Unites States, where the lexicon was developed and where World
Coffee Research will do most of its sensory evaluations in the near future. We hope to adapt the lexicon
for other places with locally available references and appropriate translations, given adequate funding
and partnerships.

So next time you brew a coffee at home or order a cup from your favourite cafe, sip a little deeper, breathe in the aromas and see if you can pick up any interesting or exciting flavour notes! Coffee tasting is the new wine tasting :)

See an interview with SCAA Chairperson Ric Rhinehart here for an insider explanation.