Sunday, 22 September, 2013
The sisters Seline and Leandri Van Der Wat, who placed third and second place respectively on MasterChef SA, were in the audience for the AeroPress National Semi Final Round at The Good Food and Wine Show, when they were challenged to an AeroPress face off. They were partnered with Matt Carter of TriBeCa (Team Leandri) and our own Iain Evans of TheCoffeeMag (Team Seline). 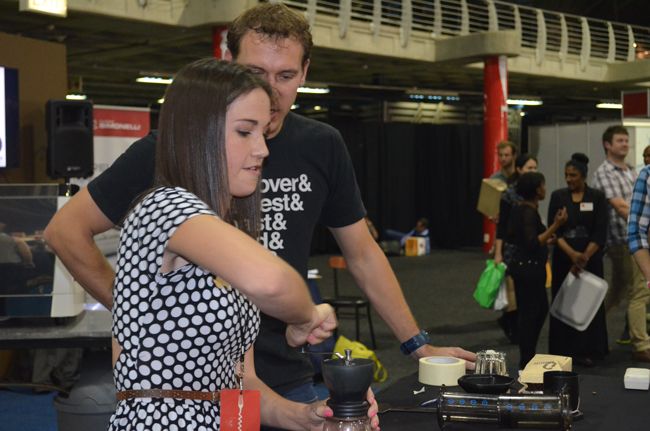 “Well I make AeroPress everyday so I have a lot of experience and Seline has none, so my pride is on the line here,” said Leandri in the build up.

Leandri is well known for her passion about coffee. She is even making her move into the industry with her own roastery, Roast Republic, the proceeds of which will go to sending under privileged kids to school. She was the clear favourite going into the clash, but Seline’s competitive spirit and desire to get one up on her little sister. 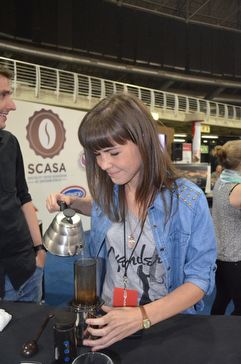 They followed the official rules of the AeroPress Championship and had seven minutes to present the panel of judges with their best coffee.

Leandri, assisted by coffee enthusiast and Aeropress competitor,Matt Carter had a very smooth round, everything went according to plan and Leandri was confident, "Ours is definitely going to take it!" Seline was forced by her coffee assistant Iain Evans of TheCoffeeMag, to hand grind the beans so she got a good work out on stage and they cut it fine on timing but she was happy with the outcome, "I lost to Leandri on Masterchef, I can't lose again!" 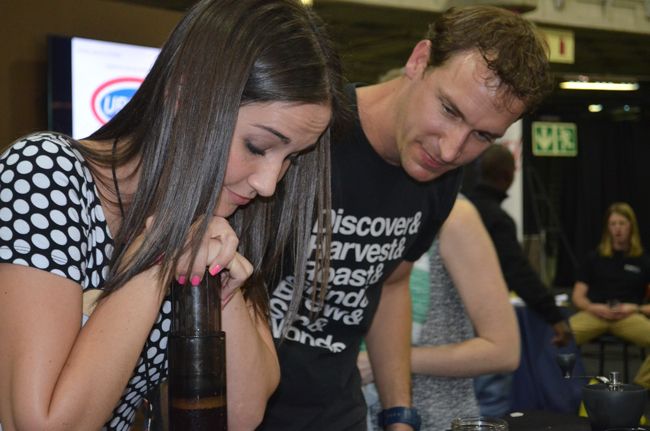 The judges taste the coffee blind so there could be no favouritism. The Head Judge delayed the announcement building the anticipation, but eventually Team Seline was crowned AeroPress champion, Seline was ecstatic, literally jumping for joy! The sibling rivalry of these two talented ladies continues! 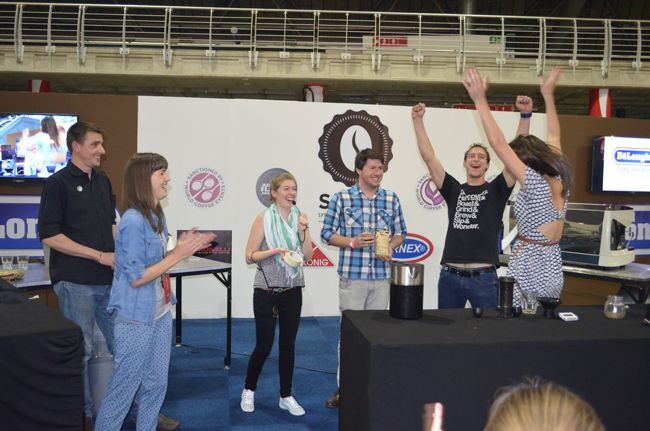 It's fantastic to see the girls supporting the Speciality Coffee industry. AeroPress was one of the three SCASA Coffee Competitions that took place yesterday. Finalists for the Cup Taster's, Latte Art and AeroPress were determined. The Barista Championship, the flagship event at the Creative Coffee Theatre began yesterday. Follow all the action on