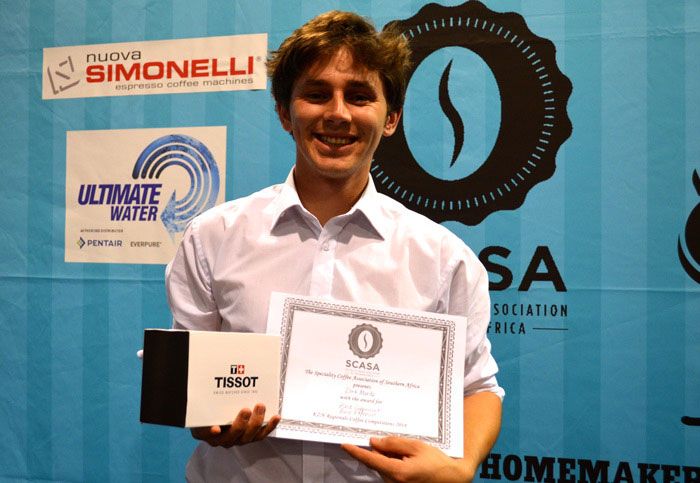 An exciting 3 days of competition culminated in 3 new Champions being crowned.

Crowd favourite and competition veteran (even though he's such a spring chicken), Dirk Maritz, put in a sparkling performance to wow the judges on finals day. A very big congratulations to him!

You can watch his set here:

Dirk also proved that his olfactory system is at the highest standard by taking the Cup Taster's title, beating out the ever-unconventional Bruce Manning by a couple of seconds. The reigning champion Arno Els was pipped to the post by newcomer Sandile Cele, who was in fact trained by Dirk! So it appears that Dirk has taken a clean sweep of awards!