Friday, 26 April, 2013
Last night when I got home from Cape Town, I ran into some friends of mine and after telling them about my experiences one said, "Do me a favour, just blog about your last 24hrs and then never blog again, everyone will think you live an incredible life".
Well the thing of it is, I do live an incredible life, but I think everyone will agree that these particular 72hrs were pretty special by anyone's standards. I was reminded that a heck of a lot can happen in a very short space of time.

I went down to CT to start putting together Issue 4 of TheCoffeeMag and to see all the wonderful coffee people that I possibly could. That list is far too long to cover in 72hrs, but I gave it my best shot. 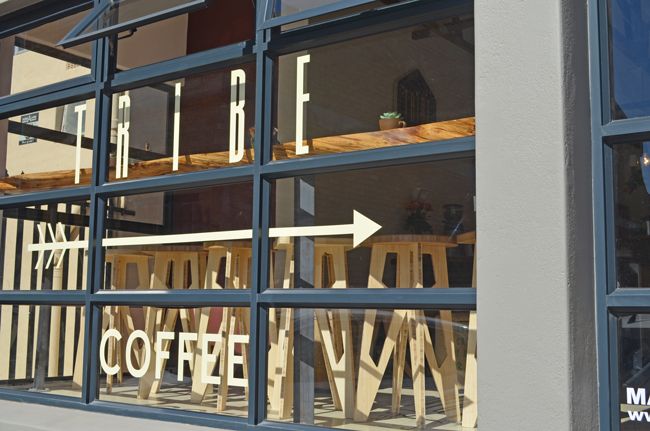 Tribe put together an entire cafe and roastery in approximately 240hours. Jake tells me that they couldn't have done it without collaboration from a lot of amazing businesses. Jules made me a delectable cappuccino to steady me after my first solo drive on Cape Town roads.

Fers and Love at Tribe Coffee from Klaus Warschkow on Vimeo.

That's what they accomplished in under 24hrs. Pretty impressive.

Then we ate delicious buffet lunch at Bread, Milk and Honey who serve up an excellent Origin Coffee Roasting coffee. Man, are they efficient! Top quality in the quickest possible time. I reckon in the half an hour that I was there, they easily turned over 100 happy people. Incredible use of their time. 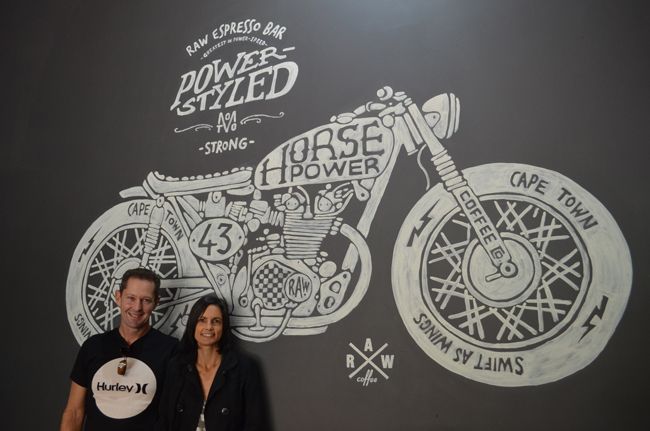 Up the road a new espresso bar, Raw, has opened. Murray and Charmaine (pictured above) have created an awesome space to grab a Deluxe cup. And their barista's name (well his surname) is Beans. Magic. They've only been operating for a month now, go check them out.

After work drinks anyone? I headed to our Issue One cover boys spot, &Union for some craft beer and entertainment, then for an amazing pizza at Knead (who have just started roasting their own coffee beans), then fell into bed.

The blissful, not a breath of wind, we're-living-on-borrowed-time-before-winter-sets-in weather continued on Wednesday morning. Every Capetonian I spoke to waxed lyrical about the weather, I have not yet had the challenge of surviving a CT winter, but it must be gnarly, the way people were going on about the sunshine.

A TruthHQ cup to start the day. I have to say, it is rather intimidating walking through those doors into a sea of trendy people, but as soon as you find a seat somewhere in the steampunk luxury you feel right at home.

Great cup at The Woolworths Cafe CTC, where we met Pierre who is in charge of creating the incredible menus at the W cafe's. Let me tell you, there are some exciting things on the horizon! 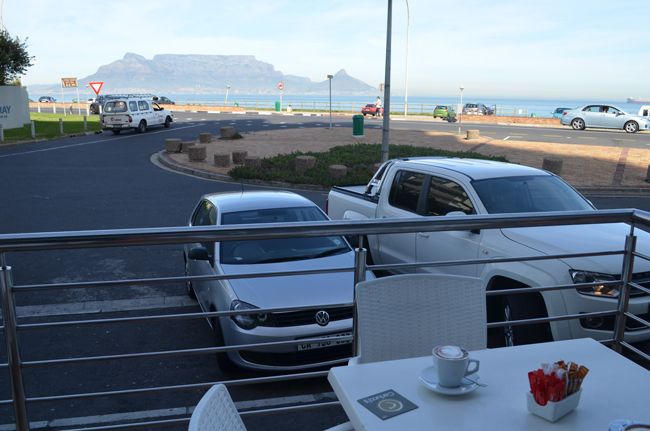 Carlucci's in Table View was somewhere I've been meaning to visit since the beginning of TheCoffeeMag because a lot of our subscribers listed it as their local. I was not disappointed! Richard is extremely passionate about the coffee and what a setting to drink a satisfying cup. Turns out they've only been open 5 months, so it's pretty incredible they've gathered such a following in that short space.

We next touched base with Terry, Dominique, Romeo and Khanyiso at Bean There in Wale Street, popped next door for a spirulina infused mint crisp ice-cream from Honest (which I was hoping would give me energy for the Metallica jumping I had planned.

That was the text message that began the spiral into the crazy Metallica fueled last leg of the trip. 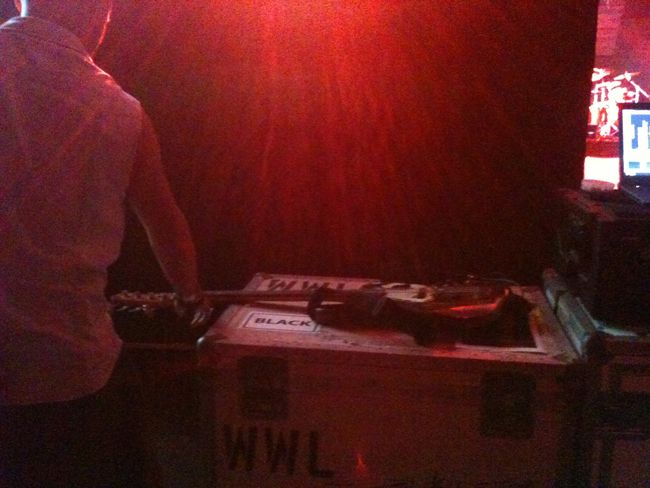 John McCarthy with his finger on one of Robert Trujilo's bass guitars.

I also have to mention that amidst the delicious draughts it dawned on me that food might be a good idea. And what a good idea it was, The Power and The Glory's World Famous Hotdog, blew my mind.

First thing Thursday morning we met up with the Puma crew. Those guys are awesome. Next stop coffee at The Handlebar, legendary little cycle shop and coffee bar. 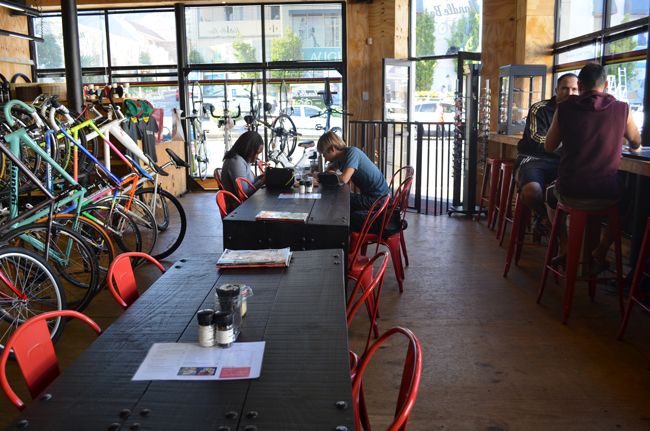 Just before we hoofed it to the airport we had a meeting with the lovely ladies from Lindt. If the huge bowl of Lindor balls as you enter doesn't get you excited, the company's passion for chocolate will. After half an hour we left with plans that include near on a ton of chocolate. These are very exciting plans, we'll keep you posted!

And the cherry on the top was by knowing a guy that has a brother that knows a guy, we completely lucked in and ended up flying jumpseat on the flight home. That's in the cockpit, behind the pilot. Best. Flight. Ever. After watching 'Catch me if you can' I sort of thought that, you know, anyone can fly a plane. Ahem. Not so. These guys have a lot going on, but they do have a knack for making it look oh so simple. Huge thank you to Adrian of Rancilio for hooking us up with Max Bloem and James Hayward of Mango for the exciting and extrememly educational experience.

So ja, in short, a lot can happen in a very short space of time. And the people in coffee, take that to a whole new level.

My last 72 hours though, I think may have something to do with the full moon... Coffee in the Shadow of the Grapevine