Dario invited us to his cafe to see how he does things. Unfortunately, we arrived after the cafe had already closed, so we went for a beer instead.

Proudly South African and proudly Italian. The man is passionate about coffee, but not necessarily in the way we think of speciality coffee today. He has lived overseas and has forged his own style based on a much more traditional Italian coffee.

"This new wave of coffee, everything is double shots. It doesn't have to be a double shot to be good."

It certainly made us think a little differently. He loves his ristretto, he makes single shot cappuccinos, he trains his baristas to pull the shots his way, he uses coffee roasted by Caffe Tomeucchi which means they are roasted in Rome and take almost 6 weeks to get here. He likes the result of the end cup and that is what matters to him. And all his patrons love it.

After meeting Dario and hearing this story we could not resist going back in the morning to try the coffee for ourselves.

We walked off the beach sand covered sidewalk into Italy. 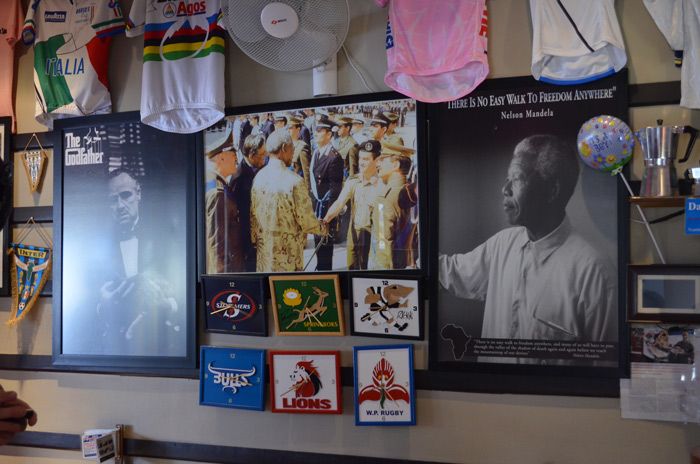 Greeted by Marlon Brando and Nelson Mandela, the next faces we saw were Dario, Willy (head barista, pictured below) and the rest of his team, who set about making us a coffee, Dario style.

FYI, the photo in the middle there is Dario shaking Nelson Mandela's hand! AMAZING! He certainly displays it with pride. Here's the story straight from the man himself (Dario, not Mandela).

"I was called back to Italy from South Africa to serve my conscription. I was based in Rome when Mandela came out for a visit on his 80th birthday. Madiba was to lay flowers at the memorial in Rome, and it just so happened that the CO who organised the whole presentation knew I was South African. In fact, I was like his personal Barista in the army! He asked if I wanted to meet Madiba during the presentation, and obviously I said yes! My CO stationed me next to the Colonel who Mandela was going to meet and greet and during the proceedings he introduced me as an Italian living in South Africa. Madiba asked me where I was from, and I said Bedfordview, and he laughed and said "I'm from Houghton, so that makes us neighbours!" It was one of the most overwhelming experiences of my life!"

You can watch the full event here. 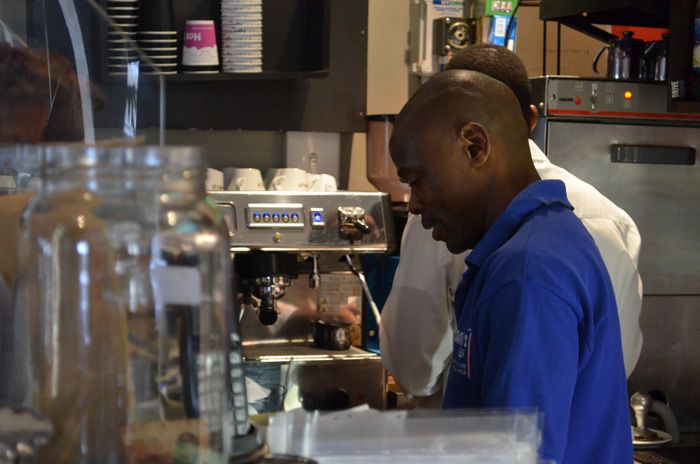 The walls are lined with cycling shirts and a healthy mixture of Italian and South African paraphenalia. 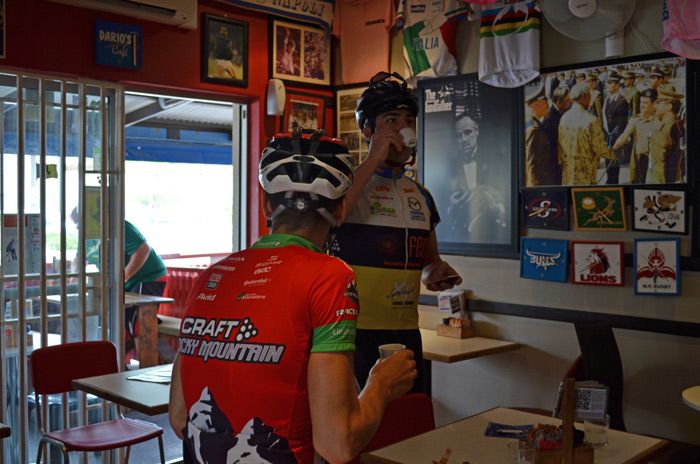 The cyclists popped in for their post cycle kick while we waited in anticipation. And the verdict? 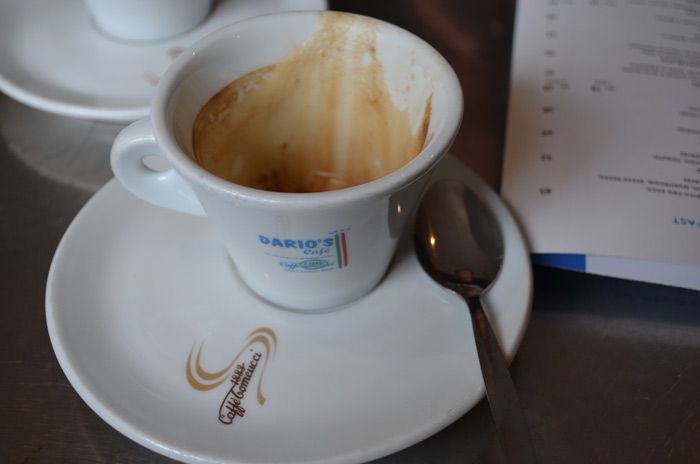 Bellissimo! The shot was pulled to it's full potential and delivered a full bodied and creamy punch, with perfectly micro-textured foam. Perhaps it didn't have some of the complexity of flavour that we're used to from blends from local roasteries, but it was one of the best macchiatos we had in Cape Town this time around.

Thank you to Dario for the invitation. We'll certainly be back.