Laos: The Art of Coffee. Part I

Wednesday, 23 January, 2013
All words and pictures by Gary Hirson 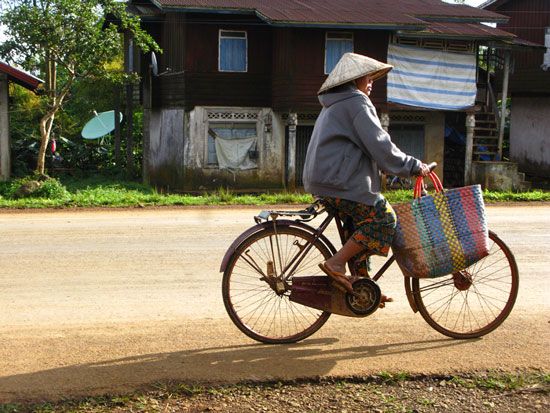 If drinking coffee were illegal I’d be a criminal, no doubt about it. The funny thing is that I only need two cups a day - first thing in the morning, and the second cup sometime during the afternoon. Filtered coffee with milk and sugar is the way I like it. Deprive me of these two pleasures and I’m not a pleasant person to be around. So while enjoying my first cup of coffee in Laos, SE Asia I was pleasantly surprised at the quality and the way it’s served. The ground coffee is put into a sock like bag and hot water is poured in. 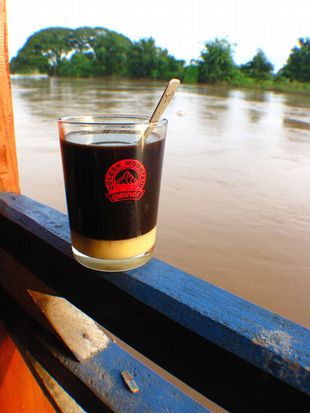 The water filters through the coffee into a short glass that already has a healthy dollop of sweetened condensed milk resting on the bottom.

The served glass is a neatly layered combination of the dark, rich, brew floating on top of the white, thick milk. Coffee is an extremely popular beverage in Laos and when not drinking a glass of hot sweetened coffee in the morning, the locals also enjoy the brew poured over crushed ice, served in a bag to enjoy as a cool pick me up throughout the day. 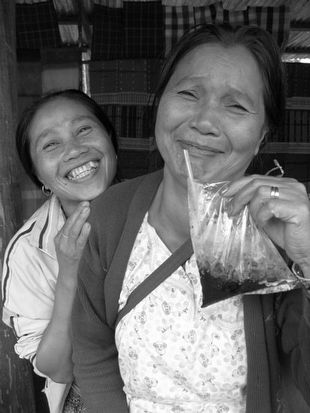 I was enjoying my new taste experience in the town of Paksong on the Bolaven Plateau in Southern Laos. The Plateau, which sits on top of an exhausted volcano rises between 600meters to1300 meters above sea level. This makes it much cooler than the rest of Laos, and offers a welcome respite from the shirt drenching heat one experiences on the lowlands. Besides the many coffee and tea plantations to visit on the plateau there is also the option of elephant trekking, visiting silk weaving villages, and many waterfalls to marvel at, with cool natural pools to swim in. 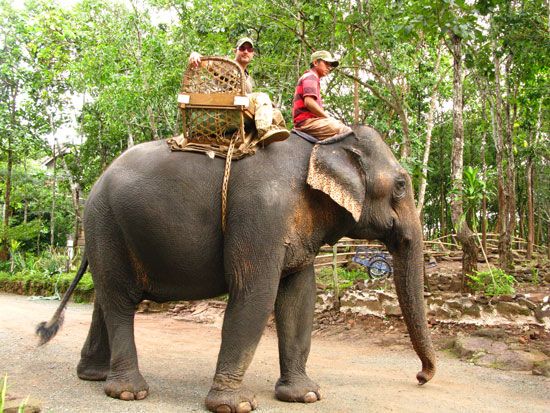 The soil on the plateau is extremely fertile and the French, who colonised Laos, saw the potential and brought in coffee saplings from one of their neighbouring colonies, Vietnam, in the early twentieth century. 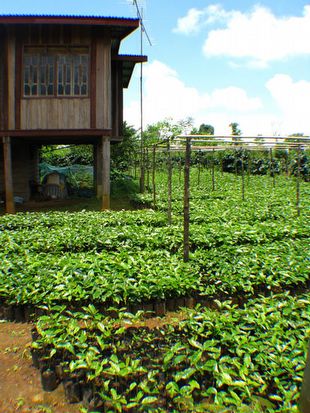 By the 1940’s the Plateau was covered with coffee plantations but because of a bout of blight followed by the Vietnam war and a revolution, the coffee plants became wild, and the promising yield never materialised. But that’s all rapidly changing with Laos now producing in the region of 20 000 tons per annum and providing some 5000 families, dependant on the coffee industry, with income. It has been reported that in recent harvests the branches have snapped under the weight of the clustered branches. 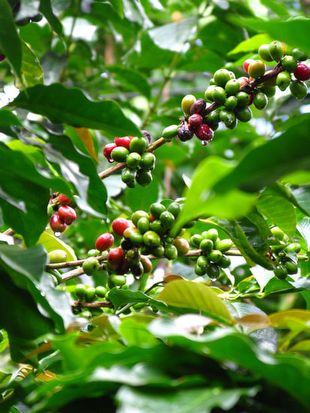 Paksong is the centre of the Laos coffee industry and living in a nearby village of Tat Fane is a Dutchman – Cornelius - who aptly goes by the name of Koffie.

Koffie had been living in Thailand, and as his name suggests, is a serious coffee drinker and an unofficial expert on the subject. (He’s been drinking coffee since the age of two) Only wanting to drink the best there is he would cross the border from Thailand and buy his coffee in Paksong.

There lived a Bolaven woman named Won who supplied, supposedly, the best coffee in Laos. Won’s family, including parents, sisters, nieces and nephews, own coffee plantations which have the capacity to produce 300 tonnes of coffee per year. After a few of his coffee buying expeditions across the border, and finding out that they have more in common than just coffee , Cornelius moved all his things from Thailand, married Won, and started a life on the Plateau. 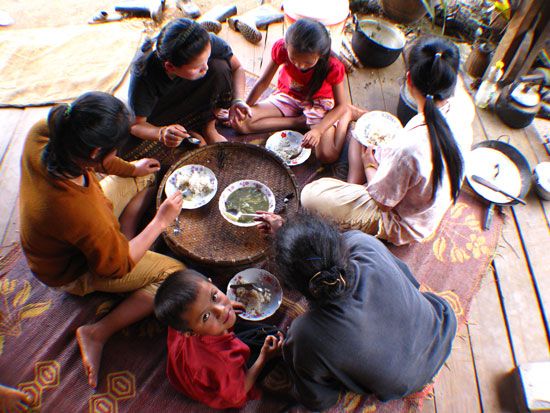 Won, knowing all there is to know about Bolaven coffee and Cornelius speaking fluent English, together decided to introduce coffee workshops for tourists. These included lessons on organic coffee and how to wok roast the raw beans.

“Up until recently we only supplied our coffee to local clients and Laos only contributes less than 1% to the world coffee market, but together Won and I want to help change that,” says Cornelius. They also started to explore the options of exporting their caffeine-rich brand, and their first container full of the dark brown beans is on its way to the USA. 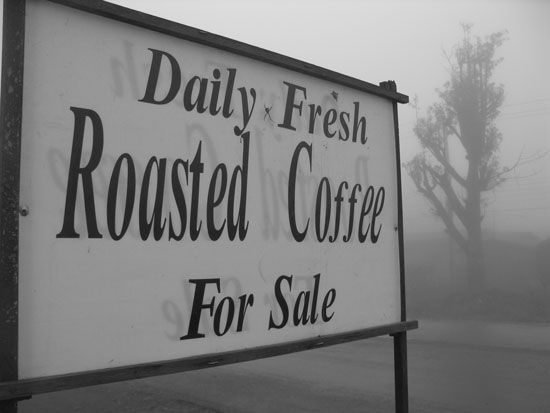 Koffie invited me to “home stay,” with him and his family. I will sleep in their house and be introduced to the Bolaven way of life. Koffie will also spend a day teaching me everything there is to know about coffee.

Armed with my camera, notepad and rug sack I set off on my tuk-tuk journey towards coffee enlightenment. I know that by the time I’m done there I’ll have learned a new way to brew coffee while understanding how the locals of this fertile region, experience everyday living....


Part II will follow Gary's discovery of coffee and the Bolaven culture, watch out for it next week.